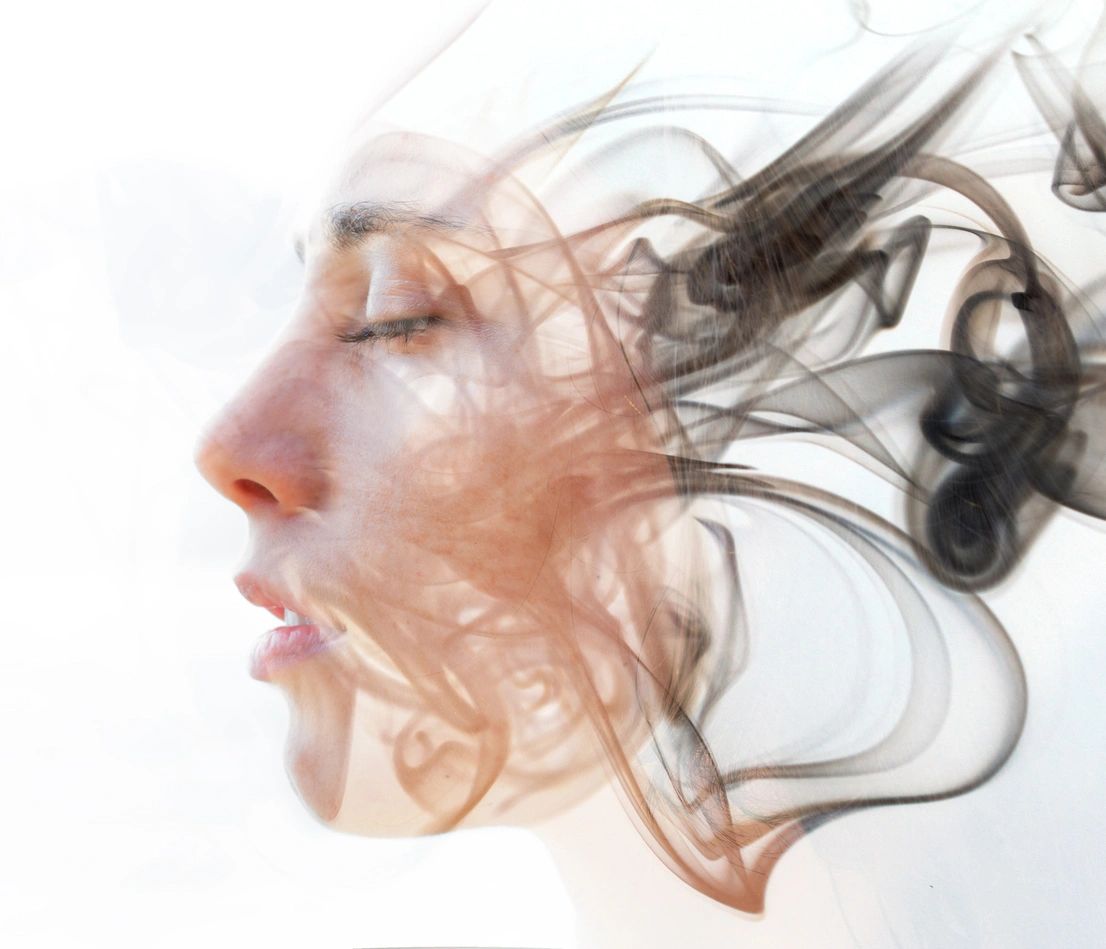 “You’re under my power. When I snap my fingers you’ll flap your arms and cluck like a chicken.” Is this your fear when you think about going to a hypnotherapist? That you’ll be under their power and subject to possibly dangerous or embarrassing suggestions or programming? Then relax. Nothing could be further from the truth, for this is just one of the myths about hypnosis. Stage hypnotists have damaged the credibility of professional hypnotherapists for years through the use of “plants” in the audience or eager volunteers willing to make fools of themselves in order to entertain their friends. The truth is that there’s a part of your subconscious mind that will stop you from accepting suggestions that seem dangerous, foolish, or morally wrong.

What about “The Manchurian Candidate, a movie showing a person supposedly under hypnotic orders to kill the President of the USA when he gets the signal? Sheer balderdash. If you receive a suggestion that violates your ethics while in trance, you’ll simply awaken immediately, and probably get up and leave that unscrupulous hypnotherapists office!

Another myth about hypnosis is that you’re totally unconscious while in trance. Not true. Occasionally, clients report being so deep in trance they aren’t aware of what’s happening around them; and hypnotic amnesia can be used to block painful memories, with the agreement of the client. But while under hypnosis, if there is an emergency or if you wish to end the session, or if you’re experiencing discomfort, you’ll simply open your eyes and come out of trance.

As for the myth that hypnosis is an “unnatural” state: the truth is that we go in and out of trance frequently during the day. When you space out and miss a turn during driving, or lose track of time while reading book or painting a picture, you’re in hypnosis. When you are daydreaming, and lose track of time, you’re in hypnosis. It’s totally natural.

One of the biggest myths about hypnosis is that your hypnotherapist will solve your problems for you while you lie passively in trance. Actually, hypnotherapy is an interactive process that requires involvement by the client during their hypnotherapy sessions and later, so they can put their new decisions, insights, and knowledge into action. Although it can be faster to resolve your difficulty through hypnotherapy than through traditional forms of counseling or therapy, it’s not a magic pill you can swallow. For complete healing, you have to be committed and involved with your healing process. You must also resolve the root of your problem, not just change the surface symptom (like your smoking habit). Otherwise, your tobacco addiction might disappear only to reemerge as an eating disorder.

But – what exactly is hypnosis? Hypnosis is a state of focused inner awareness that includes deep physical and mental relaxation, connection with the subconscious mind, a heightened state of suggestibility, and a heightened ability to both access and re-live memories. There are different levels of trance, ranging from daydreaming to such deep trance that surgery can be conducted without anesthesia. In all hypnosis sessions, the client is ultimately in charge. In fact, hypnosis is really self-hypnosis, with the hypnotherapist as the skillful guide who knows how to direct you on your inner journey to gain the results you want.

Hypnosis is a powerful tool for healing both physical and emotional problems, since it can take you past your rational understanding to ferret out and heal the underlying causes. Shaman, medicine people and healers of all kinds have used hypnosis for pain and emotional relief for centuries. I’ve seen many of depressed and anxious clients totally transform into confidant, fearless people through resolving the emotional trauma, PTSD, negative beliefs and destructive imprints of their childhoods through hypnotherapy. I’ve also seen amazing healing happen through spiritual awakenings during hypnosis, often with the help of Angelic beings or spiritual guides.

Hypnosis can be a powerful tool for healing from addictions, since it includes resolving the underlying cause and finding other ways to provide the needs served by the addiction. Often, addictions conceal emotional trauma. During regression, a client of mine, a heavy smoker, remembered that when he was thirteen years old he decided to punish his father through smoking (which his dad had forbidden). With this awareness, he chose to work to heal his hatred of his father, drop his need for revenge, then stopped smoking forever.

During the Civil War, hypnosis was used during amputations to reduce or even eliminate pain. In India in the mid-1800’s, a Scottish physician, Dr. James Esdaile, performed more than 300 major surgeries using only a form of hypnosis for anesthesia. The recovery rate without infection was amazing, much higher than normal.

Medical studies abound online that document the healing power of hypnosis. Some examples: in 2012, Baylor University’s research on self-hypnosis used to reduce hot flashes in a group of 93 menopausal women had great results: a 74% reduction of hot flashes. In a 2007 article in the Journal of National Cancer Institute, Dr. Guy H Montgomery (a leading researcher at Mount Sinai School of Medicine) wrote that pre surgical hypnosis reduced patients’ post-surgical pain, nausea, fatigue and discomfort and shortened their time in surgery. Plus, these patients needed less anesthesia. Headaches among teenagers were significantly reduced through learning self-hypnosis, as reported in the American Journal of Clinical Hypnosis in 2011.

A well-known teacher of hypnotherapy, David Quigley, director of the Alchemy Institute of Hypnosis in Santa Rosa, CA tells the story of healing himself of rheumatoid arthritis through self-hypnosis; he’s been free of symptoms ever since. Recently, he used self-hypnosis to successfully heal from the annoying condition of tinnitus.

One powerful proof of the healing power of hypnosis happened when I regressed a client to the unknown source of his severe abdominal pain, suffered for 20 years following successful surgery for a stomach ulcer. While in trance, John relived the surgery, and heard the surgeon say (while he was anesthetized) “This pain will never go away,”. Then he realized his doctor was talking about another patient, not him! Unfortunately, his subconscious mind had been imprinted that he would suffer horrible, unending pain. This memory triggered the release of tremendous rage, screaming, and crying. But after he’d vented emotionally, John realized his stomach pain had totally disappeared, never to return. He’d cleared this terrible post-hypnotic suggestion!

Hypnosis is a powerful adjunct to medical treatment for cancer – but it can also be powerful by itself. Through self-hypnosis, I dissolved an ovarian tumor on my right ovary ten years ago. Recently, a cancer patient not only shrank the huge tumor in her stomach dramatically through hypnotherapy, but actually changed it from a life-threatening, rare cancer to a more benign variety, negating any need for surgery. I know: she was my client.

Age is no limitation for the healing power of hypnosis. When my mother was 78, she needed bladder surgery. Her doctor said to expect several blood transfusions plus severe post-surgical pain; and she’d have to stay five days in the hospital. Yet when her surgeon brought in several students to see her the day after her surgery, he was amazed! For she needed neither blood transfusions nor pain medications, and she was healing so fast she was slated for release that day. When he asked how she could do all this, my mother told him it was because of pre-surgical hypnosis to expect freedom from pain and blood loss, and to heal rapidly. Her surgeon’s reply? “I want to hire a hypnotherapist to work in my surgical ward!”

If you decide to work with a hypnotherapist for any reason, choose a person you both like and trust. Don’t choose on the basis of reputation alone. Ask lots of questions before you make an appointment. Be sure this hypnotherapist is well trained with years of experience, and that they have a history of success working with the kinds of challenges you’re facing, whether physical or emotional. Then enjoy the journey! For hypnotherapy can take you inside yourself to realms you never dreamed existed.