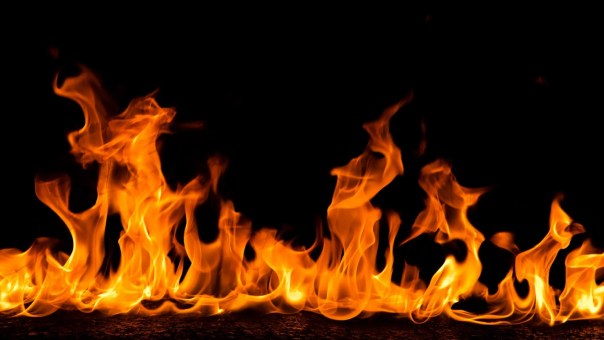 Anger is an emotion that terrifies most people. They pretend it’s not there, hide it inside themselves and just when they start to relax – POW!  Just when they were sitting there all pleased with themselves, thinking they’d gotten rid of the ugly beast, out it comes in some destructive form!  So what do they learn? That anger is truly dangerous, and must be kept under ever tighter lock and key – even though nothing is strong enough to hold down anger when it’s gotten to volcanic proportions.

Then there are those who relish anger. These people, full of simmering outrage and feeling put-upon by the world, feel they’re justified in blasting anyone they’re angry with.  These are the people who end up abusing people verbally, punching their wives or kids, harming animals, or losing their jobs from blowing up at the boss. In both cases, the fire of anger is sadly misused.

What most people don’t know is that anger can transform and improve relationships, once it’s seen for what it really is:  a fire of passion for change! Once you learn how to express it in a way that fosters good communication rather than hurt and reciprocal anger, miracles can happen, intimacy can bloom.  But how do you do this?

You start by realizing that you have three choices:  attack, run away, or heal.    If you choose for healing, this requires giving up the righteous indignation that often justifies harsh words and blame. After all, it’s just so much fun, isn’t it, to ream out a husband or child who’s really screwed up!  But the outcome?   Defensiveness and hurt on the part of the victim of your attack. So what if you won the battle, if the outcome is more hurt, resentment and emotional distance between you two?

Next comes learning how to say what you’re upset about without going ballistic. Not an easy task. But possible.  Drop the idea this person is an adversary: think of them as a companion in solving a problem, not an enemy to be destroyed for wrongdoing, real or imagined. The concept of win-win is really appropriate here: this should be your goal, to find a solution to your conflict that leaves you both feeling closer, with increased love, understanding and trust.

Be sure you find the right TIME to get into the fray.  Poor timing is one of the easiest ways to create a full blown screaming fight.  Start by telling the offending party you’re upset with them, and ask them if it’s a good time to discuss it now.  If they say no, negotiate a fixed time for a discussion. Feel free to take time-outs to postpone the conflict, if either of you fall into rage, sobbing or other such drama. Drama is not healing.

When you do have that talk, set some mutual ground rules:  no shouting, putdowns, insults, blames, walking out, hitting, throwing things, lectures, sarcasm, angry silences, putdowns or other hurtful behavior. Contrary to popular belief, angry venting is NOT beneficial to a relationship! It only hurts. So drop it.  Talk with respect and compassion, just the way you want them to talk with you.  Talk without blame: simply describe the behavior or action that upset you, without comments like “You’re so selfish”, or, “You’re a jerk”.

And stop planning your comeback!  Learn to LISTEN to the other person with respect and compassion: ask them to clarify what they need, what they’re upset about and what changes they’d like to resolve the conflict. Give them feedback, so you can check if you really understand what they’re saying, and so they know you’re listening. And remember:  If you’re more interested in being right than finding a solution, your relationship will go down the drain. For your conflicts will never get truly resolved.

Another deadly mistake people make in conflicts is “second-guessing”, or assuming you know what the other person thinks or feels without ever asking. I remember an ex-lover telling me he was angry at me because he was sure I thought he was stupid, a child.  Actually I hadn’t, before he attacked me; but by the time the fight was over, his unfair blame had convinced me he was a stupid child. Respect took a dive that night, as did my love for him. Learn to check your assumptions.

Once you can talk without blame, unkindness and attack, once you can listen to each other with respect and consideration, you’re on the way to finding a solution to your conflict. Compassion is key:  keep in mind you care about this person, or at least you want to work with them in harmony. Let anger burn away misunderstandings and bring you closer, through wise use of this powerful fire.